In what follows, we shall attempt to trace two tendencies in the story about this 12" that have been given the namne Total Destruction of the Present Moment.

First: the process of disappearance. A drunken night at Höckert's place in Solna, a kitchen without knifes and a ear cut wide open. One could hear the plans, drawn up by hungry men. Sodomizing their dreams on behalf of girls and sanity. Fueled by their African lust. Instruments where given to them by God. Songs once forgotten was again heard and one could easily say that the genious is unique - only - if genius has access to the realms of Årstaberg.

Second: the process of planets. Here at De:Nihil we have always looked at the holy spirits in our movement. Been looked upon by the PIG EYES made us thinking of a whole buried world of unholy arcaism. Could we let that feeling go without putting it out on record? If you are ready to be one of the passangers to the half-plastic planet around twenty-seven minutes into the future. De:Nihil gladly present to you our first 12" vinyl record and a opportunity for you to take a good look at the universe through the eyes of a pig. 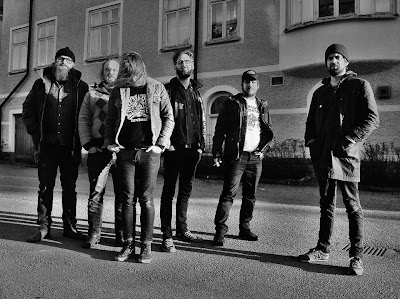 Pig Eyes will celebrate the release of the 12" at Lilla Hotellbaren (LHB) in Stockholm 12-05-23. In order to have some records avaiable at the show De:Nihil has made 50 test presses that will be for sale as very limited editions. And yes, you are welcome to be part of that destruction, of that very special night! 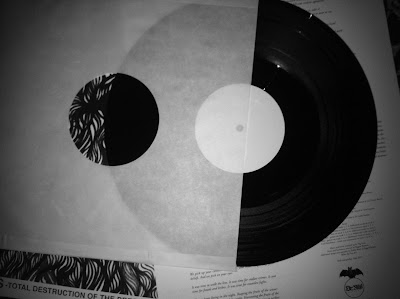 June 20th, when the telescope once again guide you to the stars: PIG EYES teams up with DOOMRIDERS, SWARM and RED DOVE for a spectacular show at Kulturhuset in Stockholm (Facebook).

Be sure to hook up with PIG EYES on Facebook and join the event at LHB ---> HERE!
Follow the band on Twitter ---> HERE!
Upplagd av De:Nihil Records kl. 11:44