Thanks a ton for supporting De:Nihil 2022, the bands and for buying my releases!

There will be hardcore, punk, dirty rock and metal 2023 too. 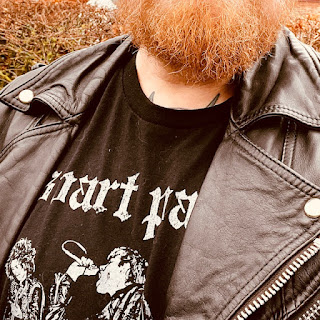 Yeah it's been a while since last update here as I tend to forget this page all the time. Sorry!

I guess most of you have some sort of social media or word-of-mouth news feed and found info there.

Since last releases like Franky Lee, Merger Remnant, Genocide Super Stars, Sweet Teeth and Agoni came out. I still have a few left of most of those so check out the online store HERE and bookmark it in your browser.

At pressing right now is Tyrant "Reclaim The Flame" 15yr anniversary edition which I'm putting out with my great friend Gus of Tvåtakt Records. Record is a beast and sounds better than ever as we got a new mastering and just approved the test press. Check out (the old mastering) of the album further down for a taste.

I also have a few other releases at pressing at this moment but more about those soon.

Agoni sold out right away and will be repressed asap. Super stoked that I got the trust to release their "demography" as I've been listening to them since the late 80's. Thanks a ton to all involved in the release and for all the kind words about it.

Til' next time, take care and THANKS ya'll! 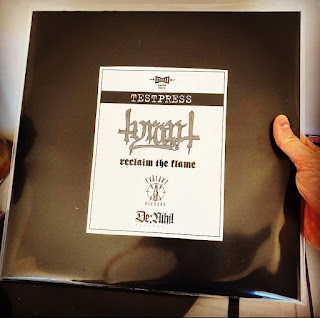 Been lazy updating this page, sorry!

Finally our (me & Tvåtakt Rec) huge project Genocide Superstars "Seven Inches Behind Enemy Lines" 2xLP collection of all EPs, demo, tracks from comps and even lost tracks are up for preorder! We are so stoked about it.

Speaking of Sweet Teeth, they will open for my band Millencolin is Stockholm Oct 01!

Right now I'm getting the final touches on a couple of new releases which I will post news about very soon.

Would also like to take the opportunity to thank you all for supporting and ordering stuff from my label. Big ups. 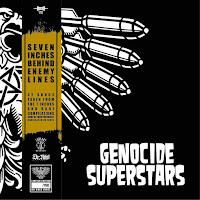 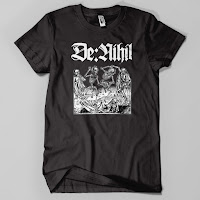 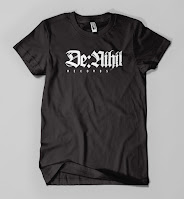 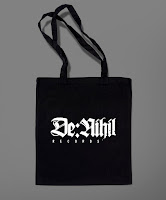 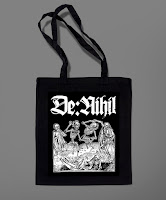 There's now a whole bunch of nice preorders up for upcoming releases!

A total black metal classic of the 90's! 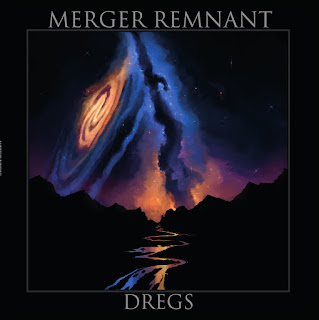 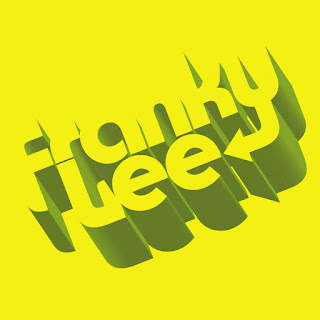 PREORDERS UP ANY DAY! 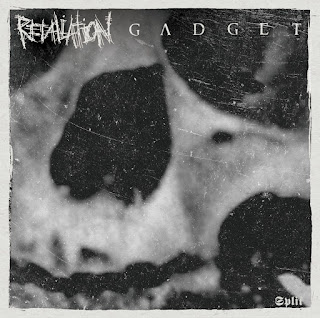 This beast is finally ready!

Beyond happy to present this co-release with Dawnbreed Rec (Netherlands) and Niden Div. 187.

Two LPs of all the exceptional works of Niden Div. 187 packed in a very luxurious box.

NOTE FOR SHIPPING! The weight of this beast is equal to three regular LPs and close to 1kg so have that in mind when ordering please.

FOR US CUSTOMERS - Nuclear War Now will sell this in the States!

READ THIS BEFORE YOU ORDER: We ship the vinyl outside of the box and LP jackets to prevent seam splits or any other kind of damage during the shipping.

We can not be held accountable for any possible mistreatment the package may endure during the transport.

We can not accept refunds or send replacement copies for minor issues such as bend corners or warped records.

We examine each item before we ship them. If a record arrives to you with bend corners or a warped vinyl, then that had happened under the transport.

The Black Metal cauldron of the mid 1990s ultimately spawned a myriad of hordes all over the globe conveying the gospel of Darkness and Evil from and to the utmost subterranean spheres.

Like in every scenery, a plethora of emulators saturate the Underground. Although a trained eye, ear and spirit eventually knows how to separate the virtuous from the disposable, treasures eventually end up being obfuscated.

A proper representative of such notion is Swedish entity Niden Div. 187. A side-project of members from such distinctive names such as Dawn, A Canorous Quintet and Thy Primordial, the group hatched two releases through Necropolis Records in the gleam of 90s before vanishing completely.

Right from the very first moments of 1996's "Towards Judgment", one gets dragged into a landscape of dangerous and unapologetically virulent Black Metal.

All such elements are exalted into an even greater level of hostility and command of both songwriting and atmosphere on the band's debut album and grand opus. Entitled "Impergium", Niden Div. 187 blasts its way into total warfare yet spreading its disease with an assorted diversity, whether by slower more atmospheric moments or slightly melodic yet abyssal riffing.

This full-length exposes the band on a darker and more sinister path than ever, supremely evoking a ghastly aura of dread and suffocating blackness via ominous instrumental pieces intervening within deranged blast-beating bashing, a hateful and menacing army of guitar riffs and a carnage of deathlike wails and screams. "Impergium" never loses its momentum, but furthers its apocalyptic omen into a fearful canvas where Death and Blood remain triumphant.

Proudly released by Dawnbreed Records and De:Nihil Records on a luxurious 2xLP box, behold an ode to and from the dark past, an essential and glorious proclamation of genuine Black Metal mastery!

Pre orders will go live around the first week of April. 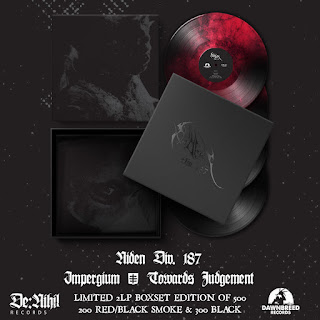